The 7 movies from Season 1 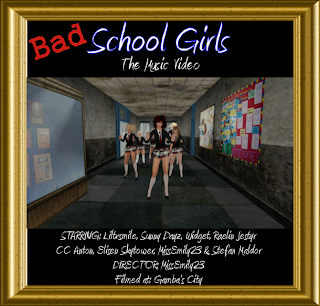 When you get 7 girls together dressed in school uniforms it’s hard to resist doing a music video. This is the beginning of a series called: BAD School Girls. 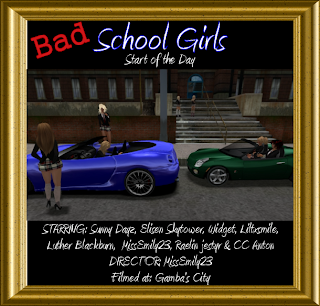 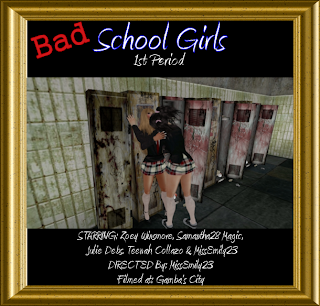 Zoey is a new student, she reports to that administration office as told where she has to give an oral exam to Miss Magic before she can be admitted and start classes. Mean while Julie & Teenah are making out in the hallway before first period and get a little carried away. 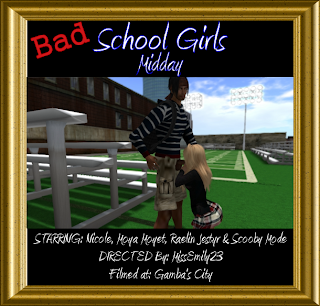 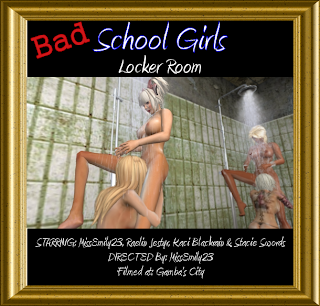 After Gym class the girls go to the showers to wash their sweaty bodies. They lend each other a hand and a tongue. 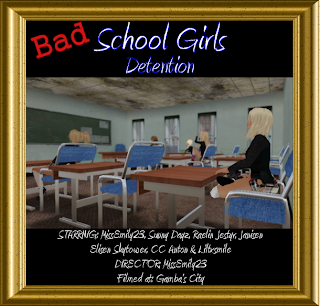 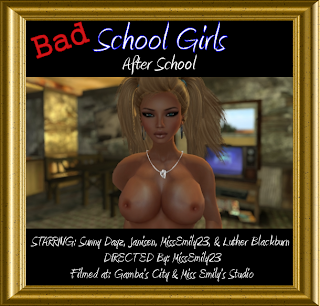 Sunny late getting home because of  detention makes her worried boyfriend (Grim) happy.  While Janisen and Emily get warm on an autumn day in the hot tub.