Riding in 1st Class, I ask my rock star boyfriend (Scooby) if he wants to join the mile high club! You know it's more complicated than that, you're going to have to watch the movie!! 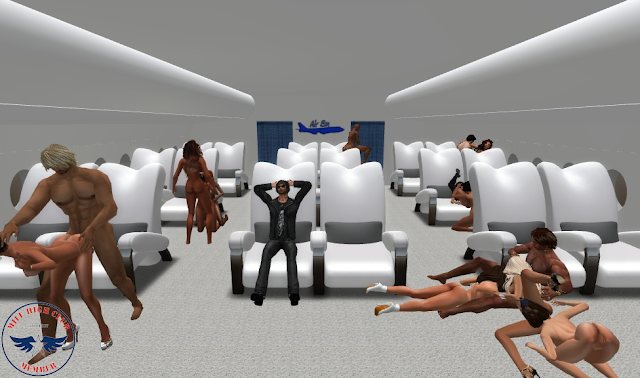 Filmed 3 weeks ago, this is another one of those "fun" movies I like to squeeze in between Intergalactic SLUTS episodes!!

This is an outstanding cast and an open shoot so if your saying "I never get in anything" this was posted as an open shoot for days and these great stars showed up!!!
I really want to thank Scooby for coming out of retirement. most people want nothing to do with the non sex role he had and he played the part perfect and even adjusted his own pose!!