We bring you this special addition of The Real Ghost Hunters, Uncut Unrated to show you just how diabolical some of these ghost can be!!  What your about to see is Real footage taken from our cameras as they were rolling, viewer discretion is advised. 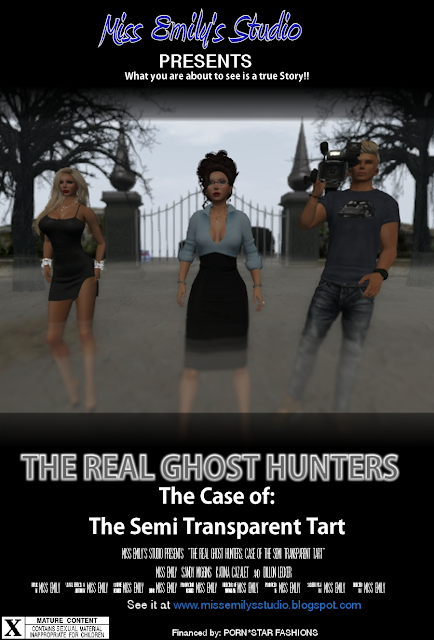 Brandy, Sarah and Brian are "Television Personalitys" on the show The Real Ghost Hunters, they have never seen a ghost and they don't believe in ghost. They see this show as a stepping stone to something bigger and better. The shows director, producer and editor use crazy camera angles, lighting, sounds and editing to make the show appear much scarier than it really is. So it's easy to understand Brandy's skepticism when Brian declares "I think I seen a ghost".

Now do you really think that ghost just softly touch you, make noises and come in imagines that could really be anything? Of course not!! And would they really just do things PG-rated for television? Of course not!!! They would posses your body, strip your clothes off and use you for the most sexually nasty things you could imagine, an then erase your memory of it.


Based on a true story.

Whenever I ask Thorgal what he thinks of one of my movies he always says, "It's good, but would be better if the lips moved"
To that I usually say, "Then it would look like a Dutch movie dubbed into English, and you would complain the lips don't match the words"

So for this movie which is very heavy in dialog and the small but professional cast I had, we would move our lips and I would do my best in editing to make it look the words came out of our mouths. This might look horrible, I sure hope not, it took twice as long to film and edit than it would if our lips weren't moving.
Posted by Miss Emily at 11:00 AM