Meshehd, Intergalactic SLUTS S2E8 was released 1 year and 10 months ago today, yet this episode starts exactly right where Meshehd left off with Admiral Emily and Lt. Commander Cedarbridge sitting at the teleport controls after teleporting Captain Miggins and her landing party down to planet Waleias.

When Captain Miggins returns with no information about Waleias, Admiral Emily takes her own landing party down to Waleias.

Princess Heather is rescued by the Schlongs.
There is more but I don't want to give to much away, WATCH THE MOVIE!! 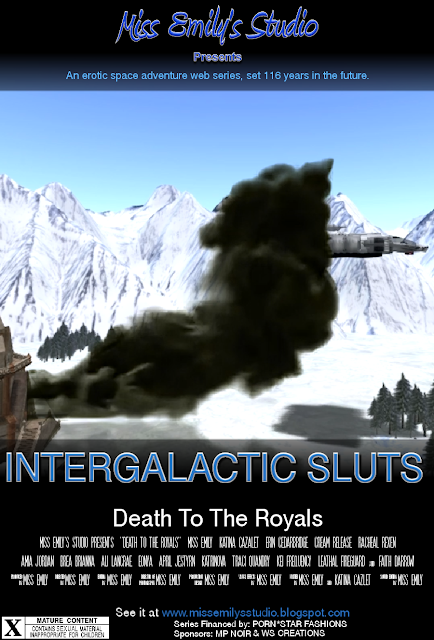